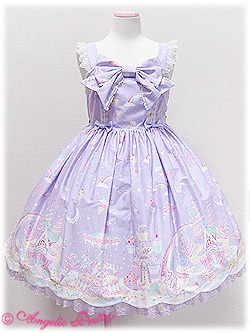 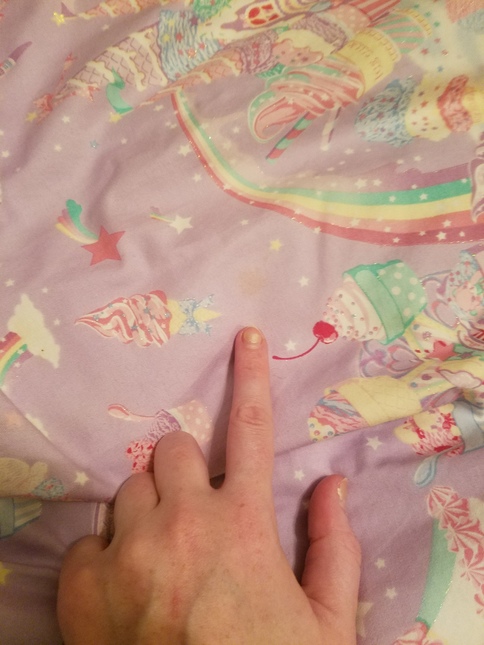 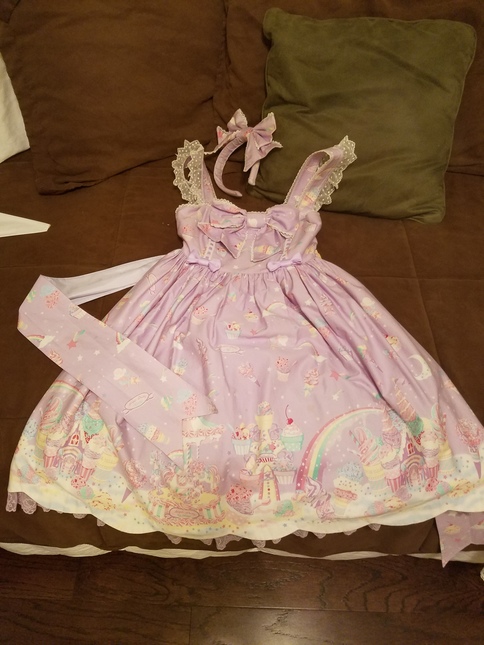 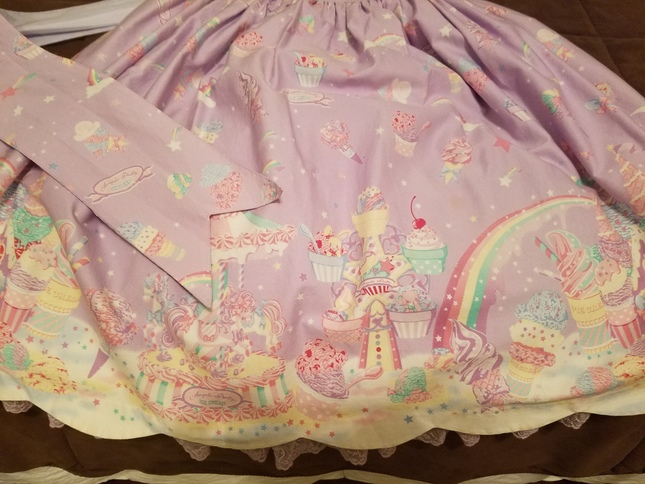 
Angelic Pretty's Milky Planet Special Set in Lavender
Shipping not included.
There are some tea stains but I haven't tried to scrub them out since I'm kind of scared to scrub a glitter print. They're not horrible.
It does include the headbow, but it was put on a headband, because it wasn't staying upright. I can take it off if you like.
ALSO it has pockets.

I really want to also get rid of the tights I wore with it like once (unless that grosses you out), a necklace, and a ring that match. It was really the only time I wore sweet and I'm not interested any longer.